All Dogs Matter is a charity that rescues and re-homes abandoned dogs in London, and they got in touch with us at Garudio Studiage to see if we would design them a new tea towel to help them raise money.

The design is based on our ‘classic’ Dogs of London tea towel, and features dogs they have re-homed over the years. We picked one from each of the 16 most ‘rescued’ dog breeds in London, according to their records (King Charles Spaniel, Border Terrier, Chihuahua, Husky, Greyhound, Dogue de Bordeaux, Jack Russel Terrier, Border Collie, Golden Retriever, German Shepherd, Bichon Frise, Staffordshire Bull Terrier, Yorkshire Terrier, Beagle, Rottweiler and French Bulldog). The tea towel has a 'Was and Now' feature for each dog, so you can find out their story, after Stephanie from ADM tirelessly interviewed each owner!  Myself and Chris worked on the design and illustrations, and ended up adopting our own furry friend from them! A Pomeranian x some-kind of-terrier (a Pomme-de- terre?!) we have named Dante.  All proceeds from the tea towel sales go back to All Dogs Matter, you can buy one here. 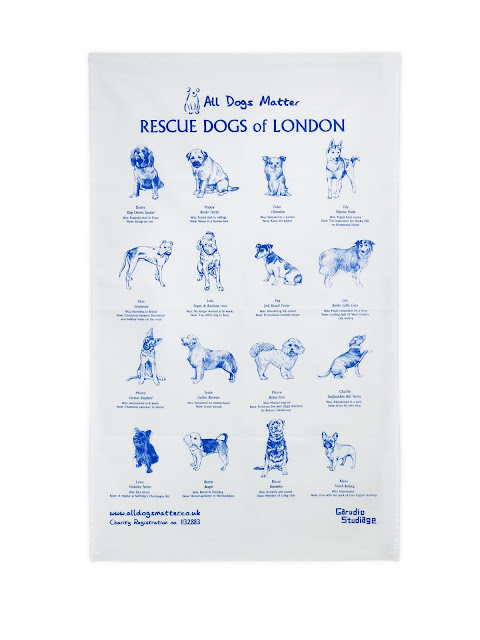 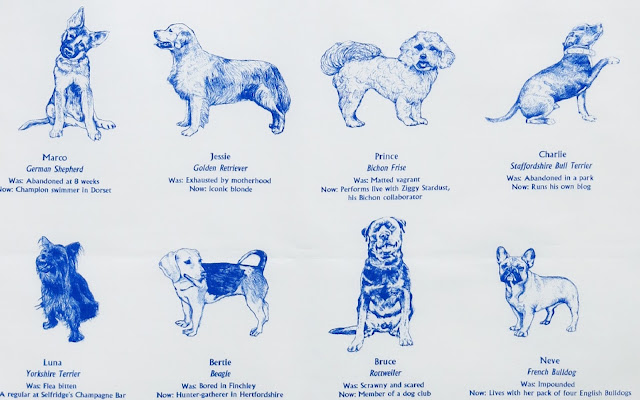