This is my piece from a new exhibition in Aarhus, Denmark, organised by A Secret Club, called Expedition No. 2: To The North!Each artist was given a different part of the 'story' to illustrate. Mine was all about the 6 Legged Bear...

'The Six Legged Bear is cross between a real fear and a superstition. It is said to come up from the south and while it isn't aggressive, it's very destructive due to it's size, strength and clumsiness - it is said that if a The Six Legged Bear walks through your camp, not a single thing will remain whole, everything will be broken.'

My piece was influenced by antique maps, including star constellation maps(as it is a 'myth'), particularly as I had recently visited an exhibition on antique world maps at the American Museum in Britain (in Bath, which had had some particularly fine examples.More info on the exhibition here. 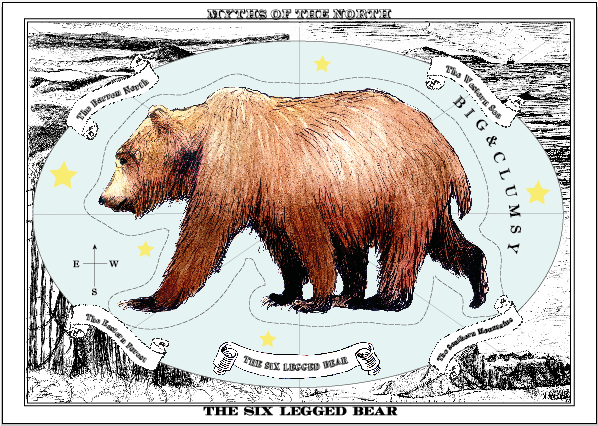